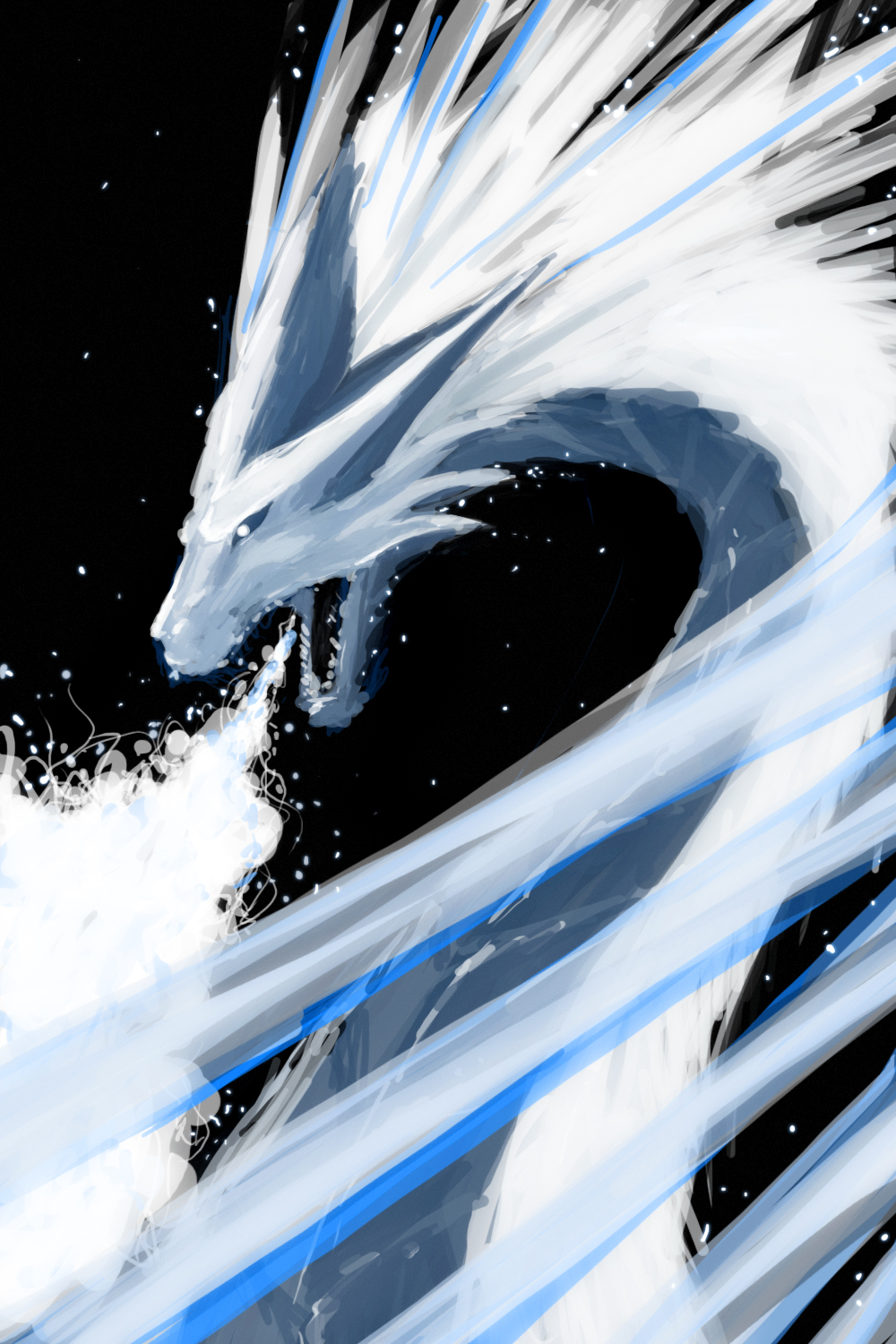 Having defeated the guardian frostflails, the Companions enter the great cave. It had been recently used as a shelter, housing an orc king and his retinue. But the magic-tinged wind came from somewhere back further still within the cavern.

The cave narrowed down to a rough-hewn corridor, extending back into the darkness. Proceeding on, the corridor continued, becoming less rock and more ice, with a light – daylight, not artificial – looming in the distance. Eventually, the hallway becomes all ice, the wind stiffens, and the cold deepens. The hall comes to an archway, radiant of magic, with sigils carved directly into the ice. It is reminiscent of the stones delivered to King Boldisar of Szarvasia months before, stones described as the parts of a portal leading to a dark realm of the demon prince of foulness. This icy arch is where the ill wind, cold and tinged with magic, comes from, passing from somewhere far colder, through the portal, and into Elvenholme. Beyond the portal, the hallway turns, and beyond that, unknown – but lit with a natural daylight.

The Companions discuss their options. Gwilithon does not wish to go through the portal, but Maril tells the group that orcs are coming up the corridor behind them. Marcus drops a fireball to dissuade them, but this causes melting and a collapse of the icy corridor, sending the group fleeing to whatever lay on the other side of the portal, better than being crushed by ice!

The portal destroyed, the companions proceeded around a corner into a great ice cavern before them. Stalactites and stalagmites dot the cavern, floor to ceiling. A huge opening to one side reveals a winter tundra, and an ocean of ice beyond. At the far end of the cavern, a massive pile of gold, gems, jewels, and treasures of all measure lay. Atop the jaw-dropping mountain, a great, ancient winged dragon, blue and white, scaled and sleek, awoke to confront the heroes. Everyone sucked in a collective breath, realizing that it might be their last. Marcus quickly scruffed Jun-jun in order to keep the avaricious Pakasa from getting the group into even deeper trouble – if that was even possible. Ecclesiarch Agee pulled Sparky back to the relative protection of the melted hallway. 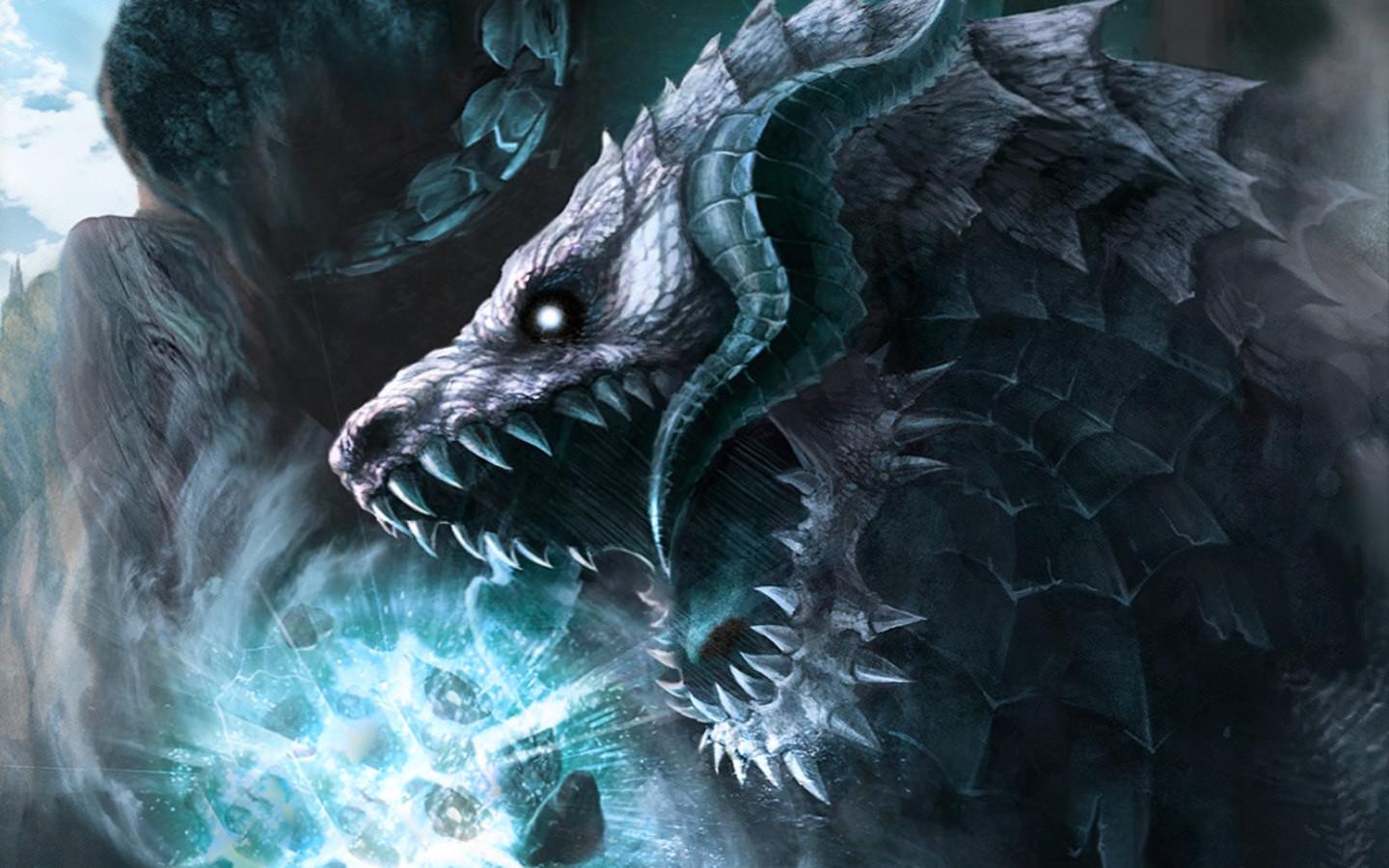 The beast advanced down the mountain of gold onto the cavern floor below. It introduced itself as Vitiator, and engaged the party in a discussion about events in the world, prior to having to kill them, although it seemed that Grull was the only one willing to talk to the creature. Vitiator wished that he did not have to kill Grull, but Grull wasn’t willing to take it up on the offer of only eating everyone else and leaving the Drakine alive. The warrior proceeded to slowly maneuver to one side, and the great dragon laughed at the Drakine’s feeble effort to outflank him, when the fighter’s effort was not to flank the drake, but rather to gain separation from the rest of the companions.

Bored with his visitors, Vitiator started the fight with a great icy breath against Grull, chilling the Drakine to the bone and dropping the great warrior to his knees. Marcus muffed his initial fireball, and Merina fell back in horror. Fayette and Maril fired arrows at the fell beast, while Kanor climbed a stalactite in order to leap upon the creature’s back. Tarot transformed his sword into a sled and used it to slide underneath the dragon for whatever advantage it might give him. Elphaba threw Sacred Flame at the evil drake.

Now Marcus, with renewed resolve, reached inside himself to hurl his greatest fireball at the ceiling of the cavern, melting stalactites and causing the ceiling of the massive cavern to begin to collapse. A rain of great hail began to fall upon them all, and Vitiator elected to fly out the cavern’s opening and escape, leaving the heroes to their grisly fate.

A cry ran out from the youngest of their number, Sparky, to “Fall back!” as the Ecclesiarch finished his spell, creating a gateway in the arch formed within the melted hallway. Tarot, with the aid of the snow leopard, Sasha, and the great wolf, Ben, hauled Grull upon the sled while the others piled through the portal, escaping the gruesome icy death.

Grull awoke in a verdant field of green, surrounded by his companions, a glowing portal back to the icy cave in Turakia formed within an arch formed by two cherry blossoms winking into non-existance. A tall, very pale man dressed in white stood before them, and the Ecclesiarch greeted him, “Hello, Essaile.” 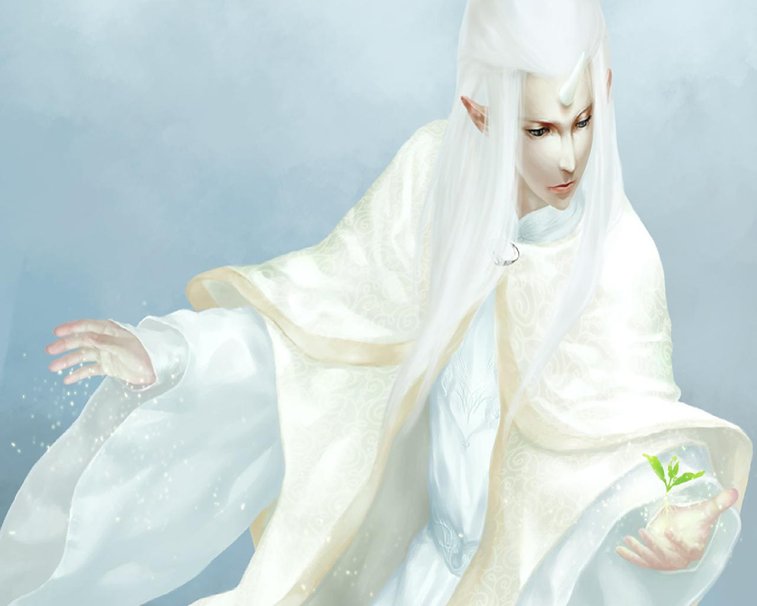