On The Trail Of The Orcs

Battle At The Foundry 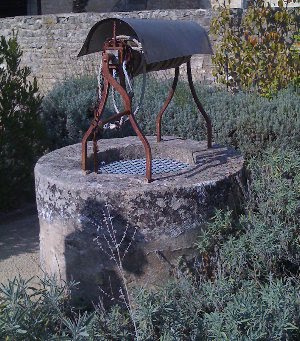 After the fight against the orcs in the village, Grull and Tarot raise Lord Hendry’s banner over the burned out community once more. Merina and Marcus discover a young soldier alive amidst the chaotic scene inside the tower, while Elphaba, Kanor, and Fayette find a small child outside wandering around. A cat rushes into the tower after the carnage to proceed to give birth to kittens.

It is decided to return to Cragswell and drop off the two people they rescued before moving on. On the way, the heroes come across tracks from a heavily laden cart drawn by a giant wolf and guarded by orcs. They note the location and determine to return after they have dropped off their charges.

Two days later, the return to the tracks to realize that they are quite close to where the strange well they had discovered previously was located. The party decide to follow the tracks backward in order to discover where they came from and what they were carrying.

They follow the hill around to a clearing which both Grull and Merina declared was a perfect spot for an ambush. They had Fayette out on flank to watch for attackers, and Elphaba discovered that a large section of the hill was a big illusion! It was then that the ambush was sprung, with a shot at Fayette from across the field that was so close to a direct hit in her eye – might the archer have missed on purpose? But she could not find his location.

Orcs, ogres, and worgs, accompanied by a human spell caster of some sort, charged out to attack the heroes. Marcus led off with a fireball, and everyone stayed in a loose formation to react to what the enemy was doing, but even though they took down several, the numbers game became too much for the overconfident band. Jun-jun fell, and Marcus pulled him away, but it took a crucial fighter out at an important moment. Tarot dropped one, and Elphaba two with some teamwork, Fayette got the priest, Merina, Kanor, Sasha, and Benwolf held the left flank.

A scream and a flash of mind magic came from the brush where the mysterious rogue Drusaidi Shanir, Argill Sandoval, appeared to offer the a truce to the heroes that he might not lose most of his forces in the effort to kill the party. Terms given were that the heroes return to King Sendres and inform him that the orcs have no intention to war against the humans this year. Their grievances are with the elves. For that, the company may depart freely to treat their wounded and return to the Crown March.

While they company might well have held and won the day, the cost in life would have been terrible, and only a few would have likely survived. So given the possible outcomes, Grull elected the option that allowed everyone, friend and foe, to live in order to fight another day, and the Companions retreated from the Greyward Mountains.

Jevrain Abbey Wound Licking and Other Pursuits, 30 May 2014

A Village Assault Against The Orcs

Strangers In A Strange Land, 29 March 2014 Prelude To War