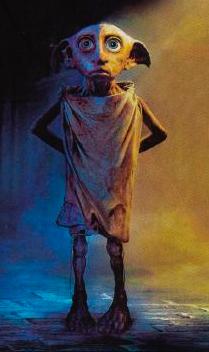 Two days into Elvenholme, the caravan comes to a halfling village, Waypoint. The village is empty save for one last family trying to pack quickly in order to get out. Their pony and sled full of furs are out front, and sounds of people are coming from the barn. Merina heads back towards the barn.

Meanwhile, Tarot, followed by Shell, walk over to the pony. Its name is Merry, and it wants Tarot to “save Impy.”

Reaching the barn, Merina meets a halfling furrier, Daryl Furman, and his eight-year old daughter, Berry. They are gathering the best furs together to add to the pile already on the cart. Berry tries to sneak back to the house, but Daryl calls her back to carry some of the furs to the sled.

At the sled, Berry implores her father not to forget Impy. He tells her that she’ll find a new imaginary friend when they get to someplace safe to settle. Berry cries and runs into the house, followed by Merina.

Grull and Tarot head over to the Half-Pint Pub to see if anyone is still there. Finding no one, they liberate a cask of beer to “keep the orcs from getting it.”

In Berry’s bedroom, a cup falls from a shelf with no one near it. Berry tells Merina that Impy can’t leave the house. Merina believes that there may be some sort of ghost or spirit here, and goes out to tell the others.

Elphaba wishes aloud that there was a wizard nearby that they could enlist to help, which jogs Fayette’s memory of a wizard who lives in a clearing northeast of here. Elphaba asks Shell if he would fly Fayette there to ask him to help, and he agrees. Grull asks his squire, Sparky, to go into the house and see if he can see the creature.

Fayette takes off to locate the wizard, and Elphaba send her Crystalline Bird to carry a request to the wizard. Sparky returns to tell Grull that indeed, he can see the creature, a short, spindly humanoid with long droopy ears and pointed nose, wearing a dress that looks as if it would fit an eight-year old halfling girl.

Daryl goes into the house to retrieve his wayward child. Merina tries to tell Berry that she will make sure Impy gets freed and comes to find her. The eight-year old has a grand, throw down on the floor and kick-and-scream meltdown, to be picked up by her father and carried towards the front door.

In a clearing some ways northeast of Waypoint, a young elf tends to the plants and animals when a bird made of crystal arrives. It keeps flying into something in the center of the clearing and crashing to the ground. Finally, the elf picks it up and opens an invisible door to go ask his tutor what it means. The bird flies up from his hand and flies inside and out of sight. Yelling can be heard in the distance. By the time he reaches his mentor’s chamber, something has happened, and his mentor tells the adept, “go to the roof and flag down the elf on a pegasus flying in from the south.”

Reaching the roof, there is indeed an elf on a pegasus flying in from the south. The adept signals the elf by firing a lightning bolt into the sky. Defensively, the elf draws her bow and stands on the back of the pegasus. But when the pegasus makes its turn to land, the elf falls from the back of the pegasus, hurtling towards the ground. But the adept casts his flight spell, catching the elf girl and falling semi-controlled into the top of the tower. After hasty introductions, Gwilithon leads Fayette to see the wizard Calariastarianath. When he opens the hatch, the little crystal bird flies past them, headed back to its owner.

Meanwhile, Marcus has proceeded inside, only to discover that he cannot see the creature. Kanor has attempted to follow, but has managed to get himself stuck in the doorway. Marcus and Merina have to push him back out the doorway. Elphaba can see the creature, where the others cannot.

When the pair reach the wizard, he is busy scribing a scroll. Once he finishes, he hands it to Gwilithon and tells him that he should travel with this elf and her group, and see what help Tirionsathymar (the king) needs. He shan’t need the adept back before the end of the decade. So the adept gathers his possessions, and the pair fly back to Waypoint.

The halfling furrier and his distraught daughter are finally ready to leave when the pegasus and the two elves return from the wizard’s tower. The pair dismount, and Gwilithon unfurls the scroll given him by his mentor, only to find a snarky message instructing the student to dispel the binding spell holding the sprite to the house. The house sprite is free, and goes with Berry, after Merina bids her goodbye, with a parting message to “always believe in Impy, and he will always be there for you.”

On The Road To Elvenholme Meet the Ecclesiarch